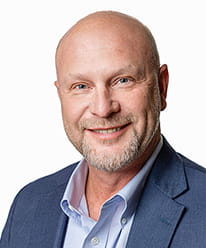 Robby is a principal and serves as President, Chief Compliance Officer, portfolio manager and financial advisor. Robby began his own investment management practice in 1993 operating as a sole proprietorship until 2007 when he formed Harfst and Associates, Inc. Robby grew the firm through four acquisitions of established investment advisory firms. The first acquisition was in 1997 and the most recent was the 2013 acquisition of an institutional asset manager.

Robby has successfully guided and advised clients for over 25 years. He has been recognized by his peers for his commitment to clients, personal service and professional integrity.

in the U.S., which it awards to individuals who successfully complete CFP Board's initial and ongoing certification requirements.